May 31 – Memorial Day for victims of political repression

On May 28, 2020, an online lecture was held with students of the KEF Criminal Code, dedicated to the Day of Remembrance of the Victims of Political Repressions, which is annually celebrated on May 31 according to Presidential Decree of April 5, 1997 No. 3443.

One of the first laws adopted in sovereign Kazakhstan was the Law of the Republic of Kazakhstan dated April 14, 1993 “On the rehabilitation of victims of mass political repression.”

For our country, as for most countries of the former Soviet Union, the years of repression will long remain in the memory of the people by the thousands of thousands of innocently convicted people. 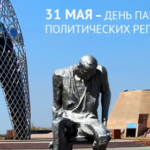 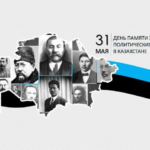